Our January meeting will be held on Sunday January 7th at 7:00 pm at the Tim Horton’s

Here’s a list of some upcoming shows. Lots of chances to enjoy the beautiful weather! 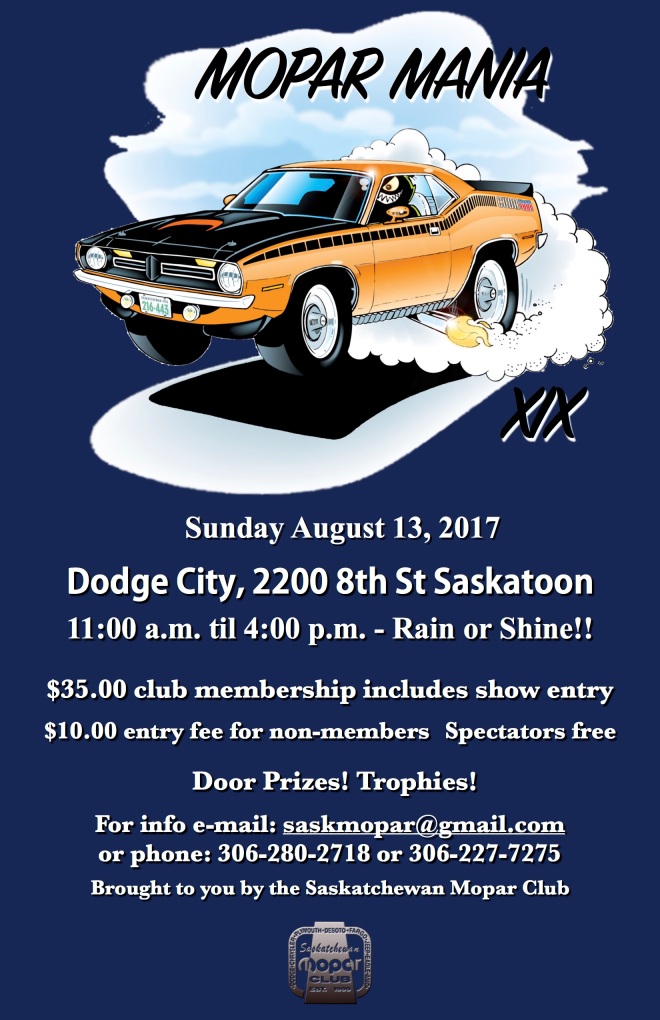 It’s that time of year again! The annual Mopar Club picnic and AGM in conjunction with the Coachmen Pike Lake Fun Run. Sunday June 4, 2017. The show starts at 10:00 but get there early to get a spot. We’ll be cooking up free burgers and hot dogs for club members.

The annual general meeting will be at approximately 2:00 pm following the picnic(and a nap?).

Garry would also like to remind you that you can renew your membership at the picnic instead of at Mopar Mania. If you plan to do this please use exact change ($35.00) or a cheque.

This is a great chance to discuss any ideas you may have for the club and perhaps get a little more involved in the organization so please try to attend.